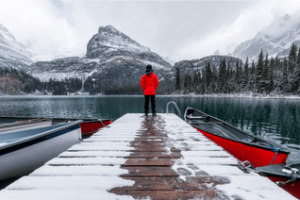 The Alberta Foreign Graduate Start-up Visa Stream (FGSVS), which debuted in 2021, is intended to draw talented foreign graduates who are currently living outside of Canada who wish to establish enterprises and relocate in Alberta towns.

The Foreign Graduate Start-up Visa Stream is an immigration pathway under the Alberta Immigrant Nominee Program (AINP), which is the Prairie Province of Alberta’s Provincial Nominee Program (PNP).

The Alberta Immigrant Nominee Program works with two certified designated entities to operate the FGSVS. Foreign graduates who want to immigrate to Alberta through the FGSVS must first work with one of the recognized designated agencies.

The authorized agency will assess the graduate’s business ideas and, if the plan is deemed worthy, will provide a letter of reference.

Obtaining a letter of recommendation from an authorized designated agency is one of the FGSVS’s essential requirements, however, it is only one of several phases in the application.

Before submitting an Expression of Interest (EOI) to the FGSVS, the agency must assess the candidate’s business proposal and offer a letter of recommendation.

Two organizations were recognized as approved designated agencies when the FGSVS was established. Interested candidates should contact one of these agencies.

What are the minimum requirements?

Candidates must satisfy the following criteria to be considered for this stream:

If you match the minimum qualifying criteria, you may be able to submit an initial Expression of Interest (EOI) to the AINP, but this does not assure that you will be nominated.

How do I apply?
Individuals considering to apply to the FGSVS must complete the following stages. Further information on each step may be obtained on the AINP website.

1. Obtain a letter of recommendation from a designated approved agency.
2. Submit an Expression of Interest to the AINP, after which you will be assigned a score based on the FGSVS Points Grid.
3. Submit a business application package if invited based on their EOI.
4. If granted, apply for a work visa in Canada, go to Canada, and start the intended business.
5. Apply for an official provincial nomination from the AINP after 12 months of active company ownership and management in Alberta.
6. If the provincial nomination is granted, apply for Canadian permanent residence status with the federal government.