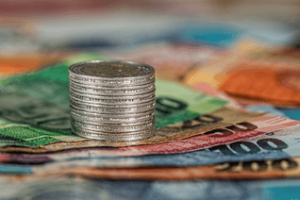 A citizen or permanent resident must meet the Minimum Necessary Income (MNI) to sponsor one or more family members to immigrate to Canada, which varies by program and location in Canada. It includes those they presently assist in Canada and those they plan to sponsor in the family size calculation.

The Minimum Income Requirements (MNI) are alternatively referred to as the Low-Income Cut-Off (LICO). LICOs are described as the income threshold below which a particular family may spend a more significant proportion of their income on basic essentials such as food, clothes, and shelter. The Consumer Price Index (CPI) is used to determine LICOs . If one knows the base for the LICO determined for a particular region (geography) and then for a specific community, then the LICO can be derived using the Consumer Price Index based on the average expenditure trends for an average family (CPI).

In summary, the LICO need for family class sponsorship varies according to the following parameters:

Sponsorship of parents and grandparents is only available if the sponsor meets the MNI/LICO threshold for three consecutive years. This is to verify that the sponsor sponsoring the parent or grandparent can afford to support the sponsored person(s) after they arrive in Canada.

MNI for individuals living in Canada outside the Province of Quebec

Sponsors residing in Quebec must adhere to a distinct set of income standards. Sponsors are considered adequate for performing an undertaking if they have had total income from Canadian sources equivalent to the sum of the income shown in Table 1 and Table 2 below in the preceding 12 months. Each year, the revenue in both tables is indexed.