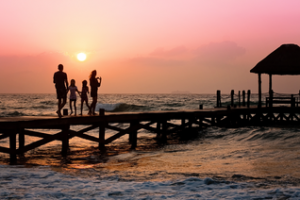 Canada accepts distressed and threatened refugees and offers them with a safe haven within its borders. It does, however, include severe laws and restrictions for both deserving and undeserving people.

Immigrants willingly leave their country to come to Canada to build a better future. On the other hand, refugees are forced out of their country due to various threats and risks. They flee from their country and can’t safely return.

When they seek refuge in Canada, the Canadian government shelters them under Canada’s refugee system.

Refugee and Humanitarian Resettlement Program
Most of the refugees who come to Canada have already left their homes many years ago. Over the years, they might have had to live in refugee camps. But when they arrive in Canada, they get a chance to start over and build a new life here.

A person cannot directly apply for resettlement in Canada. However, the United Nations Refugee Agency (UNHCR), along with other private sponsors, identify refugees themselves. After the refugees have been identified, they are relocated to Canada and provided with shelters to live in.

The government of Canada signs the sponsorships with them, giving them the authority to do what they do.

Sponsorship agreement holders can also sponsor refugees, i.e., call a specific set of refugees to come to Canada. However, they can also request other authorities in the community to perform this task instead.

However, they don’t sponsor refugees as regularly as the UNHCR or Sponsorship Agreement Holders do.

All the cases presented by sponsors and UNHCR are monitored by the Canadian government. This is done to ensure no criminals end up inside the Canadian border. However, the government promises to complete this process as soon as possible so the deserving refugees can find their haven as quickly as possible.

However, to prevent undeserving individuals from unlawfully entering and staying in Canada, the case of every asylum claimer is monitored under strict rules and regulations.

Under ideal conditions, the following groups of people are eligible for this program:

The Canadian government is taking strict measures to reduce the number of illegal border crossers in Canada. Furthermore, the cases of asylum seekers are monitored strictly to ensure people don’t find it easy to find refuge in Canada after unlawfully entering here.

Here’s What You Can Read Now